Information processing and knowledge management are important workspaces of the DPM research area. Sentiment Analysis of clinical texts is one part of it and the specialty of Yihan Deng. The computer scientist reported about the current research results of this rather unusual method of information retrieval in the medical field at this year’s International ACM SIGIR Conference in Gold Coast (Australia). Among the participants was also DPM junior research group leader Dr. Kerstin Denecke, who is involved in the investigations just like the physician Matthäus Stöhr. The scientists prove that medical records are far away from being objective data sets. They rather include important observations and assessments of the clinical staff about the current health situation of the patients. This allows deducing indications for further therapeutic measures. The sentiment analysis can thus provide important information for the digital patient model which otherwise would remain hidden in the patient records.

The conference – organized by the Association for Computing Machinery (ACM) and the Special Interest Group on Information Retrieval (SIGIR) – is one of the most important events on the topic of “Information Retrieval”. Here, scientists come together who are concerned with the recognition, organization, storage, retrieval and distribution of information in public and private sectors.

If anyone knows how the research at the ICCAS got rolling, then Dr. Stefan Bohn. The likeable scientist was one of the first employees in the founding year of the Innovation Center. Now, after nearly nine years of work he leaves his employment in the Semmelweisstraße to start a new career. It is with deep regret that the ICCAS lets him go, because with Stefan Bohn it loses a reliable, dedicated and very creative colleague.

Already in 2005, Bohn brought with his Master of Biomedical Engineering important knowledge about the development of medical technology systems into the ICCAS. From the beginning, he worked on the conception and implementation of a system architecture for the vendor-independent integration of medical devices, clinical IT systems and surgical assistant systems. These activities also included the doctoral thesis which he successfully defended at the Leipzig University in 2013. Health professionals and patients at the Leipzig University Hospital already benefit from the suitable overall system. Solution strategies of the engineer can also be found in the BMBF-funded joint project OR.NET. In addition, Dr. Bohn was involved in the conception and construction of the ICCAS demonstrator OR which is used today for the preclinical testing of new technologies. Most recently, he worked on the completion of the clinical information system oncoflow which received an innovation award this year. Besides the leading of scientific and clinical projects, Stefan Bohn was also active in teaching and got involved with the ICCAS at many internal and external events.

Nine years of excellent collaboration, dynamic commitment and outstanding scientific achievements will be hard to substitute. The team of the ICCAS thanks the long-time colleague a lot for his great efforts for the benefit of the institute and its employees. It wishes him all the very best for the future and furthermore a good nose for medical technology innovations, because Dr. Stefan Bohn will stay within the medical technology sector at his new place of activity.

More about Dr. Bohn’s scopes and publications at ICCAS

A delegation of academics, physicians and students from the Faculty of Fundamental Medicine of the Buryat State University in Ulan-Ude visited the ICCAS on 9th July 2014.
After Professor Thomas Neumuth had warmly welcomed the guests from the capital of the Russian Republic of Buryatia, Mario Cypko and Stefan Franke gave insights into current research work at the ICCAS. Mario Cypko presented previous results and further projects relating to the digital patient model. He initiated the guests into the development and use of Multi-Entity Bayesian Networks for improving the therapeutic decision making. Following, interesting questions about actuality and scope of the applicability and about privacy had to be answered.
During the live demonstration in the ICCAS concept-OR Stefan Franke was closely surrounded by the participants. Whether surgical milling tool, ultrasound with navigating puncture needle or navigation system for ENT surgery – the modern devices were carefully examined. Unfortunately, the guests had very little time in their bags, because the ICCAS was only one of many program points of the Leipzig stay.

The Buryat State University is one of the oldest universities in Siberia and an important establishment for modern science and higher education in the Russian Republic. Professors and students of the Faculty of Medicine regularly organize fact-finding trips to technologically advanced institutions in Germany and other European countries to promote the concept of Integrative Medicine using traditional and modern methods of treatment and innovative technologies and to forge collaborations.

With visionary thoughts in mind the ICCAS participants of the 28th CARS-Congress returned to their research places.
Both the own technical contributions and the visits of other sessions and presentations strongly boosted the dialogue with international medical experts and clinical informatics. After his lecture on system development for the modeling of medical treatment decisions Mario Cypko received a cooperation request from an institute in Moscow. Furthermore, he could take new approaches and solutions to ethical questions for his project, concerning computer-assisted therapeutic decisions.
Matthäus Stöhr’s tumor board – analysis from a researching clinician’s point of view also met with great response. An US American company sees great potential in the information models and is striving for cooperation with the ICCAS.
Also Philipp Liebmann found suggestions for the further research work of the Standard-group. In his lecture on the status of DICOM and IHE in surgery, he presented existing solutions as well as data objects and IHE-profiles currently under development. During the DICOM WG 24 Meeting further development approaches were discussed.

Her last two research trips led Dr. Kerstin Denecke to Vienna, at Austrian’s largest event of the e-health sector – the eHealth Summit Austria and to Reykjavik, at the most important conference on language resources and evaluation – the LREC. At both events, the research leader of the DPM-group spoke about issues which are associated with the use of data from the Internet and other mobile technologies for medical purposes.

So, the first lecture concerned “Ethical Aspects of Using Medical Social Media in Healthcare Applications“ – not only in Austria an intensively discussed topic in the field of IT healthcare. Dr. Denecke made clear the importance of a legal assurance of data protection directive and ethical principles in the evaluation and use of digital information in healthcare by means of literature analysis and considerations of the Social Media – Working Group of the International Medical Informatics Association (IMIA)
The presentation at the LREC dealt with the question of how medically relevant information can be automatically extracted from Internet texts. Therefore, the computer scientist presented various language processing tools which were applied to Medical Social Media. For the further work on the digital patient model information about biomedical textmining and text corpora from the field of medicine were of interest.

Dr. Denecke and her research group pursue the aim of integrating information from the patients (e.g. about the quality of life and lifestyle) in the therapeutic decision in addition to data from clinical documents and the experiences of medical experts. This information is primarily contained in Social Media text forms – an almost inexhaustible source, whose special use calls for limits.

Last Friday the ICCAS invited to the fourth Long Night of the Sciences at the BIO CITY Leipzig. There, visitors were able to try out an interactive training system, with which OR-personnel can exercise the handling of surgical tools.
Bernhard Glaser, Lucas Koch and Tobias Schellenberg had their hands full until midnight introducing the guests to the moving of the virtual instruments. The scientists had not expected such a large crowd. Whether old, whether young, whether professional or layman – the visitors obviously had fun at the tablet-instrument table, whose handling was a child’s play for the smartphone-generation. The innovative training system was very well received especially by physicians and clinical staff.
For Bernhard Glaser and his team the science night just flew by. What of it remains are new contacts, further inspirations and an inspiring event.

During the trip through the Leipzig scientific landscape visitors can move scalpel, bone lever or arterial clip from the instrument table to the surgeon and that – as if by magic – without proper surgical instruments and real surgery procedures.

A touch screen system developed by Bernhard Glaser at ICCAS makes it possible. The computer scientist worked on a solution to train the handling with surgical tools in a realistic way without reproducing OR-situations. He developed a system that simulates the instrument table and virtual realizes its instruments.

Anyone who is curious can slip oneself into the role of an assisting person and pass the surgeon on the monitor various instruments. Bernhard Glaser and his team of the MAI-group look forward to interesting evening hours with many people who want to try out.

Where? At the ICCAS-stand, Foyer of the BIO CITY LEIPZIG, Deutscher Platz 5 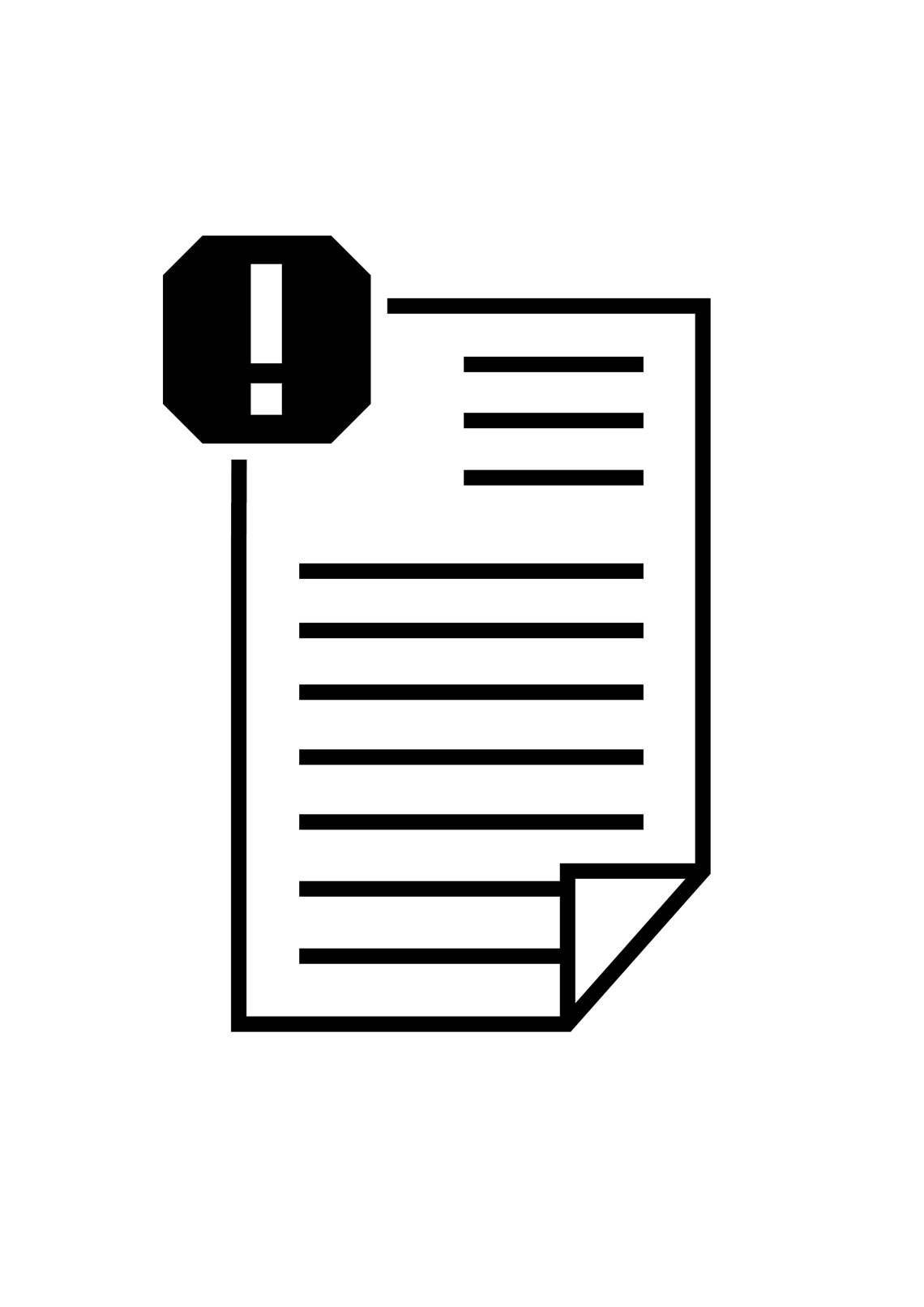 This year, the 28th International Congress of Computer Assisted Radiology and Surgery (CARS) will bring together the scientific community of developers and users of computer-assisted systems for medicine in Fukuoka (Japan). About 200 specialist lectures and presentations by worldwide renowned experts have been announced for the four-day congress. Scientists from all research fields of ICCAS will be among them. ICCAS board members are presented in organizational and advisory committees, like the founding father Professor Heinz U. Lemke, who also acts as coordinator and tutor at different meetings.

For The ICCAS the CARS Congress is an important foundation for international professional exchanges each year. Today, further events of cooperating societies and organizations entwine around the actual congress, such as the International Society for Computer Aided Surgery (ISCAS). Mario Cypko (DPM) recently became a member of its Junior Force – Group. There, he will introduce the project about the Digital Patient Model with a poster and a video presentation. In the EPMA/IFCARS workshop, he will speak about “The user interaction with Multi-Entity Bayesian Networks for large patient-specific treatment decision models”.
Matthäus Stöhr (DPM) will hold a lecture on “The model of the decision-making process for tumor boards”, specifically in the therapy of laryngeal cancer.
His many years of experiences in the field of surgical process modeling and design of surgical workflow management systems Professor Thomas Neumuth (MAI) will pass on in the tutorial “Medical Workstations and Model-guided Medicine“.
Philipp Liebmann (STD) finally will illustrate research results of the Standard-group in a lecture on DICOM and IHE in surgery. He will also chair the meeting of the DICOM Working Group 24.

The scope of the topics presented and discussed at the CARS-Congress is wide. It ranges from adapted IT-infrastructure for the operating theater over new methods and IT-tools for patient and process modelling to solutions of the DICOM and IHE working groups. The scientists may certainly be curious about the innovations and challenges of another year of research.

In the June 2014 edition of the university paper student!, the research group Digital Patient- and Process Model explains how to cope with the flood of information in medicine. Backgrounds and exciting future prospects for the research on the Digital Patient Model are given and statements about the decision making competence between physician and computer are made.

Link to the article (only available in German)

“Demigods with Bytes” is the title of the cover story in the current edition of the magazine “Unternehmen Region” of the Federal Ministry of Education and Research, certainly referring not only to the physicians who benefit from the research activities at ICCAS. In the impressive report about the becoming and work of the Innovation Center Computer Assisted Surgery, founding members, researchers, clinical users and also spin-offs tell about their experiences and achievements in the field of digital medicine – suitable to the motto of the ministry’s science year 2014: “The Digital Society”.

Link to the report, from page 30 (only available in German)