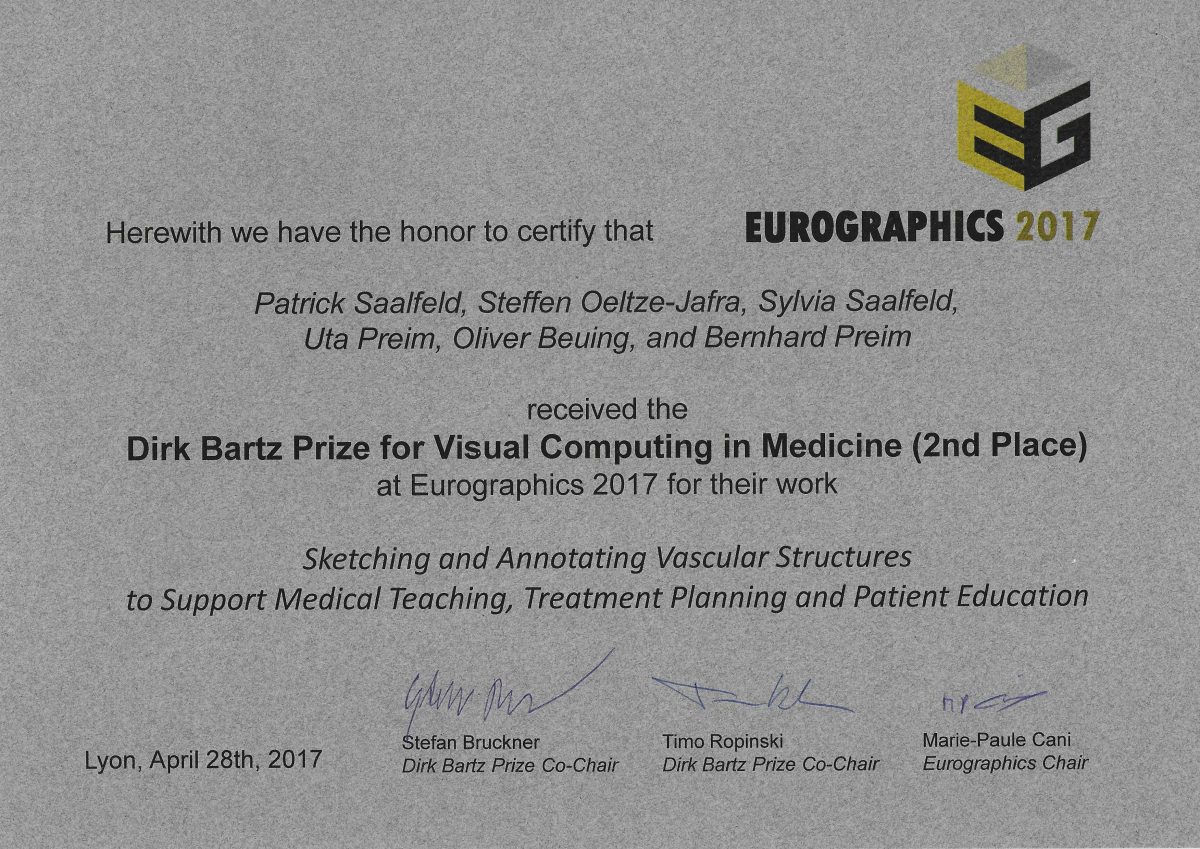 Together with computer scientists of the Otto-von-Guericke-University Magdeburg and physicians of the University Hospital and the Hospital Magdeburg DPM-group leader PD Dr.-Ing. Steffen Oeltze-Jafra received the Dirk Bartz Prize for Visual Computing in Medicine (2nd place) last Sunday. The prize is awarded at the Annual Conference of the European Association for Compuer Graphics (Eurographics) every two years. The successful contribution in which Oeltze-Jafra was significantly involved is dedicated to the interactive sketching and annotating of vascular structures to support the medical training, therapy planning and patient education.

Dirk Bartz was professor for computer assisted surgery and headed the Visual Computing research group at ICCAS from 2007 until 2010. He passed away at the age of 42 years. In honor of him the “Eurographics Medical Prize“ was renamed to « Dirk Bartz Prize for Visual Computing in Medicine » in 2010.