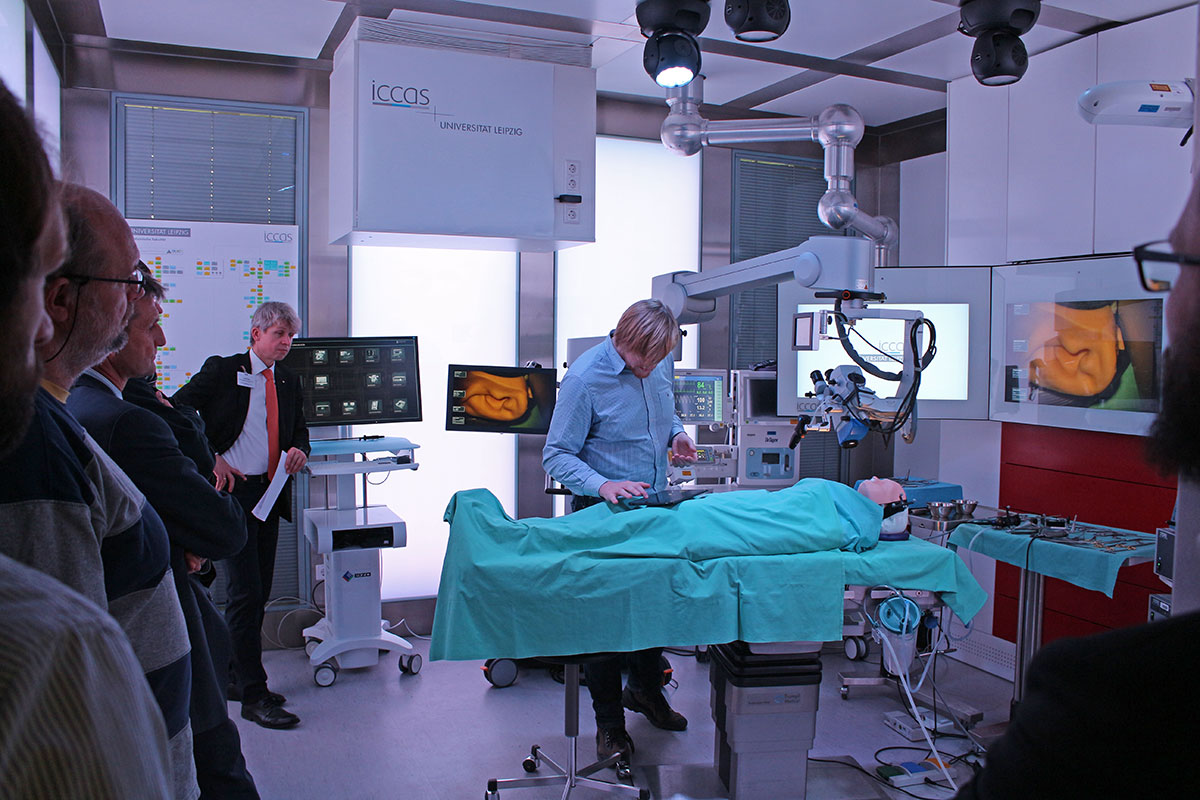 On December 8, 2016, the Biomedical Engineering Symposium was held in Leipzig under the banner of ‘Using Medical Technology Safely in the Operating Room’. Attended by representatives of healthcare and industry, the symposium included not just fascinating talks on clinical practice and research but also a tour of ICCAS’s Operating Room of the Future.

At ICCAS, computer scientist Stefan Franke used a patient phantom to vividly demonstrate the advantages of the dynamically networked operating room. The demonstration OR devised and set up under the joint project OR.NET is partly used as a development and test environment. At the OR of the Future, the suitability of new concepts and technologies for clinical practice can be trialed in a highly realistic setting, while all the components and functions necessary for an operating room and networking can be simulated.

In the afternoon, the symposium continued with a talk entitled ‘The Joint Project OR.NET – Safe, Dynamic Networking in Operating Room and Clinic’ by Max Rockstroh (another computer scientist from ICCAS), who explained some of ICCAS’s latest research findings.