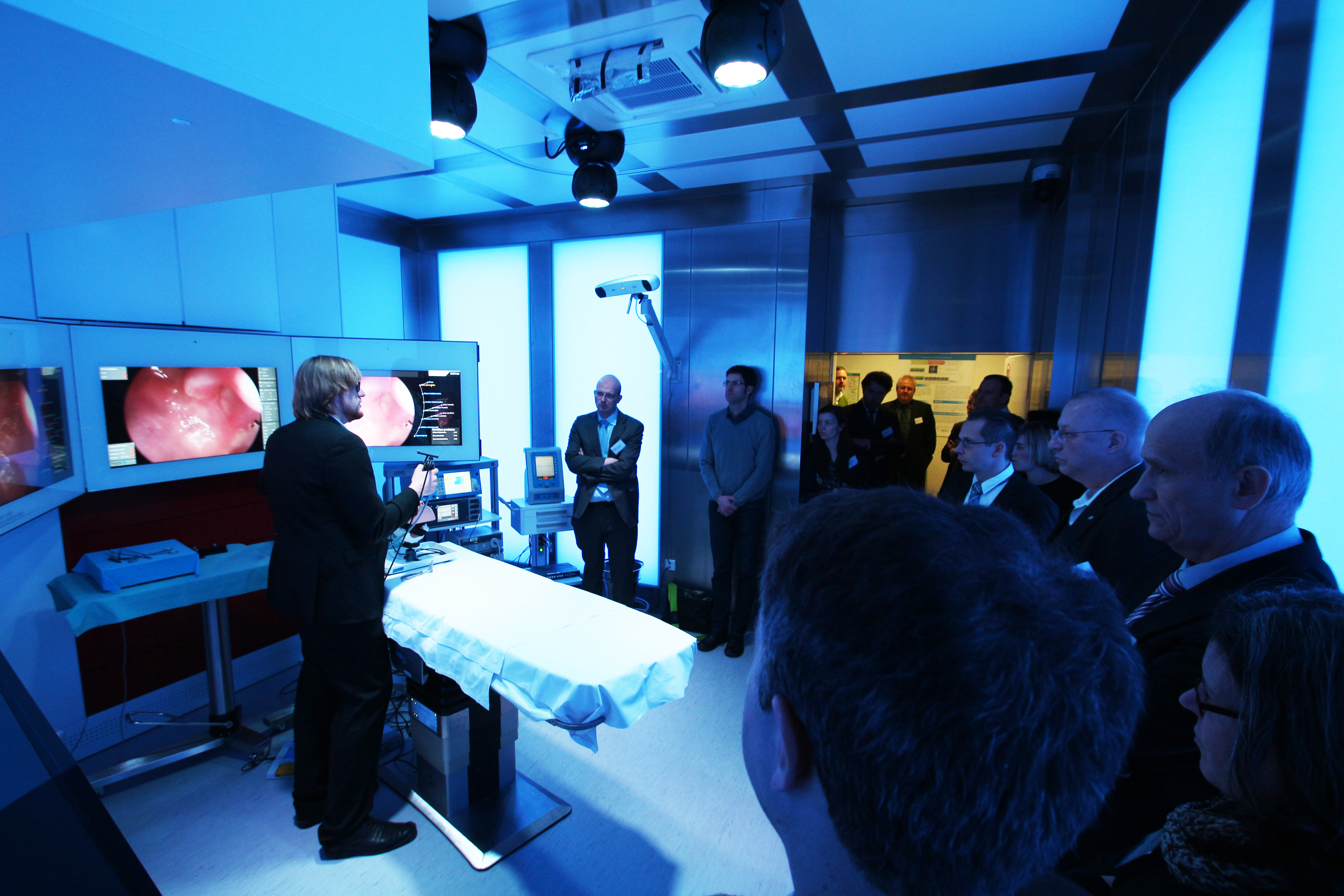 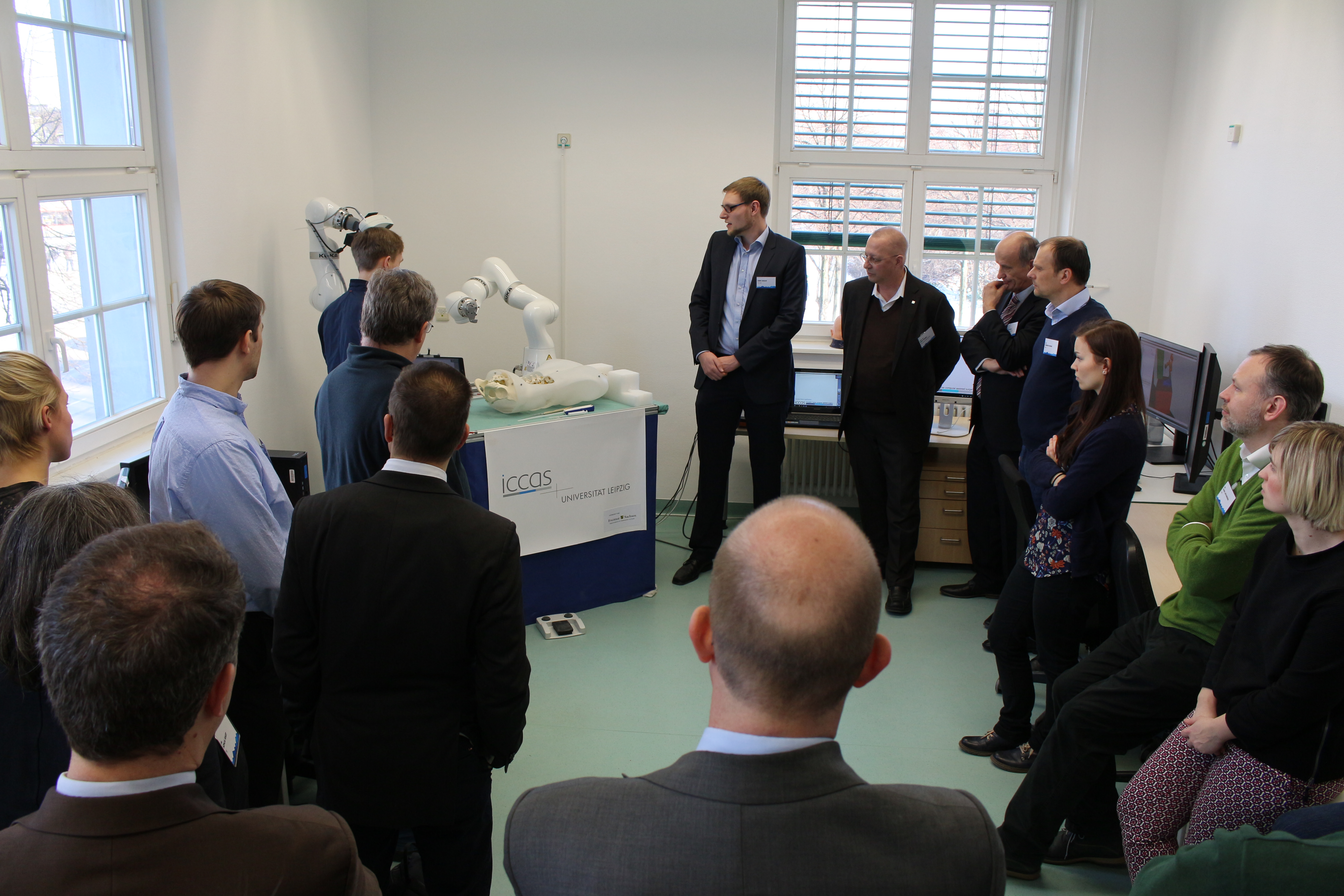 On January 19, ICCAS began the new year with the Status Seminar to review the past, very eventful twelve months.

The many visitors were welcomed by ICCAS’s Director, Professor Andreas Melzer, who gave a brief overview of the highlights of 2016. Vice Director Professor Thomas Neumuth then explained the positive development of the institute’s key figures, especially the new appointments and the third-party funding granted. Afterwards, the group leaders gave an account of both the goals achieved last year and this year’s milestones to the visitors: primarily members of the Board, the Advisory Board and the Clinical Advisory Board as well as representatives of the project backers. Finally, PD Dr. Andreas Reske gave a presentation on the recently launched project EMU, the aim of which is to develop a ventilation system with electrical impedance imaging. EMU is part of the new ICCAS research area Life Support Systems, as is the EU-wide project EUMFH European Union Medical Field Hospital, which kicked off on January 1 this year.

During the practical part of the event, findings from selected projects such as Thermography, the Digital Patient Model, BIOPASS and Surgical Robotics were presented. Following the seminar, a meeting was held by the Advisory Board, which submitted a report containing valuable recommendations for ICCAS’s future strategy.

We would like to thank all the guests and participants for this very informative day and look forward to continuing to work together in 2017.

To find out more about ICCAS’s activities in 2016, please see the current ICCAS ANNUAL REPORT