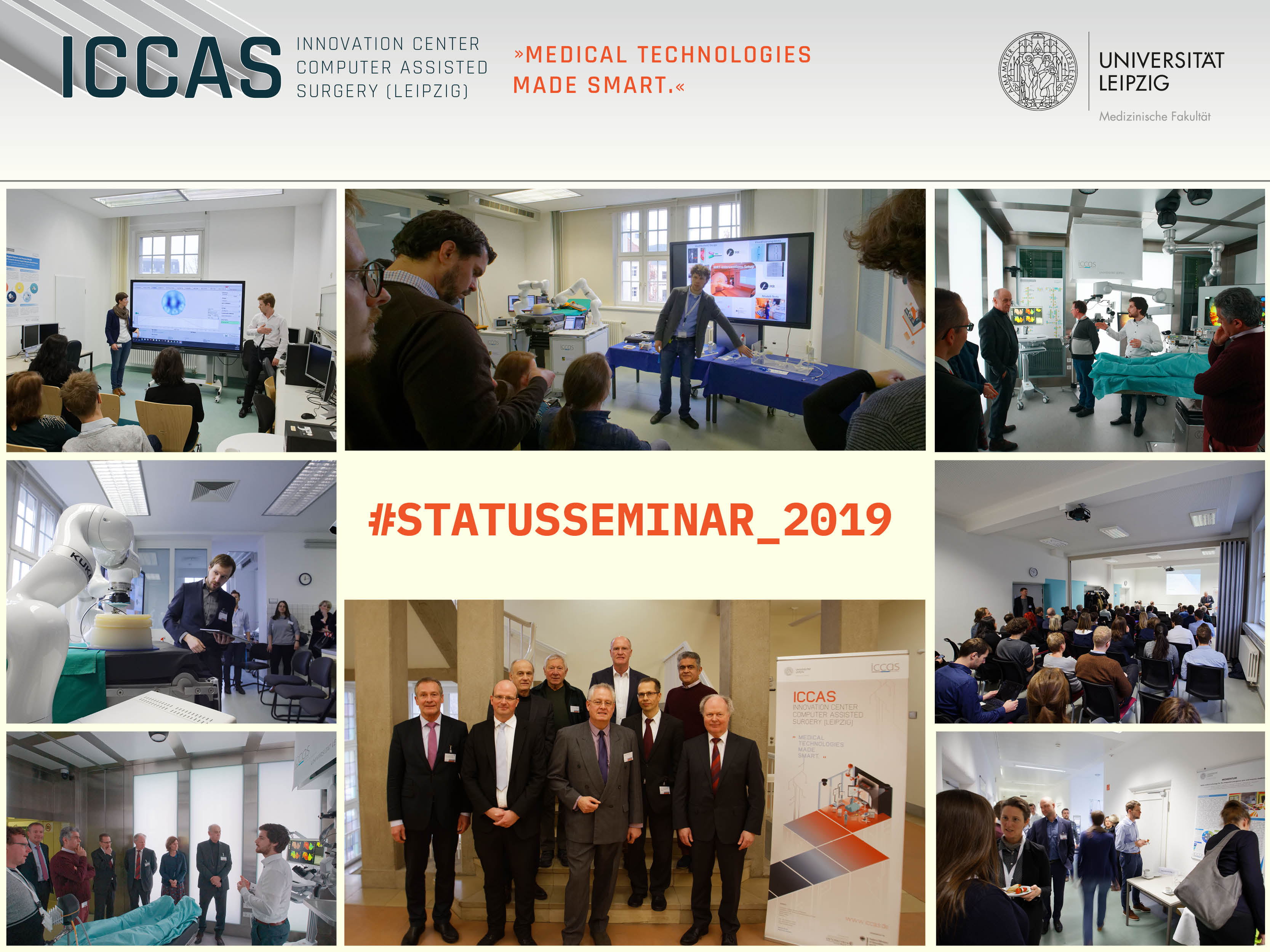 With yesterday’s status seminar ICCAS took stock of the past year and presented its research results to the numerous guests.
Prof. Erich Schröger, prorector for Research at Leipzig University, spoke at the opening. He congratulated ICCAS on its 15th anniversary and highlighted its far-reaching visibility and networking.
Following the oral reports from the research divisions, the scientists held demos at 7 stations. They provided insights into the (further) development of the project themes: imaging robotics, MR-guided interventions, medical technology networking, imaging procedures in accident and visceral surgery, cancer cell sensitization and digital therapy decisions.

The ICCAS team would like to thank all guests for the interest shown, the stimulating discussions and new ideas and looks forward to further cooperation.