In September this year Dr. Stefan Bohn, Philipp Liebmann and Christian Meißner travel to the International Conference on Medical Image Computing and Computer Assisted Intervention (MICCAI) in Nagoya (Japan) to put up their research for discussion in specific workshops.

Dr. Bohn is co-organizer of the MICCAI workshop on “Systems and Architectures for Computer Assisted Interventions (SACAI)” and also lectures on “System monitoring and diagnostics architecture for networked medical devices”. The scientist from the MAI-group presents a system architecture and a communication framework that centrally monitored the state of networked medical devices and systems. In this way it is possible to meet the high security requirements in the life-critical area of the operating room.

Philipp Liebmann presents his work on “Validation of a surgical process model regarding the robustness of missing sensor information” on the 4th M2CAI workshop. It deals with the behavior of a process model relating to the problem of missing sensor information and with the derivation of possible compensation strategies.
At the same workshop Christian Meißner explained in his work entitled “Hierarchical approach for low-level surgical activity recognition” a concept that recognizes surgical activities on the basis of acceleration sensors and radio-frequency identification (RFID). Initially, all aspects of a single surgical activity are separated. The subsequent consolidation of aspects enables a substantiate assessment activity. In early September 2013 Sandra von Sachsen presented at the 25th International Conference of the Society for Medical Innovation and Technology (SMIT) a software module for the configuration and evaluation of vascular stent grafts, which was developed at ICCAS.

In the lecture, entitled “Stent Graft Configurator for Assisting Implant Planning in Aortic Aneurysm Repair”, von Sachsen explained a method for the interactive configuration of stent grafts, which is required for a comparison of products. Together with a module for the simulation and evaluation of stent graft properties the configurator should perspectively optimize the selection of implants for the endovascular reconstruction of aortae.

The scientist is currently conducting research at ICCAS on “Structural mechanical defect classification and modeling of the cervical spine.” The aim of this project is to provide a pre-operative planning model of the cervical spine to increase the quality of results in the treatment of degeneratively modified bone structure.

In August this year Yihan Deng from the research group DPM visited the Information Foraging Lab (IFL) Summer School at the Radboud Iniversity Nijmegen (NL). Deng used the opportunity of the intensive exchange of ideas to receive new impulses for his research on “Text mining in a medical context.” A concept is being developed with which important entities can be extracted from various medical texts and are transformed into efficient structures. This work is an important part of the developments on the digital patient model. Dr. Kerstin Denecke and Stefan Kropf took part at the 14th World Congress on Medical and Health Informatics (Medinfo2013) from 20 to 23 August 2013. At the international event more than 1,200 scientists from around the world came together, whose common interest is to improve the information and data processing in healthcare through innovation in the health, medical and bio-informatics.

Dr. Denecke took an active part with two scientific contributions in this event. The junior research group leader of the DPM group gave a presentation at the forum “Panel on Social Media” to the issue “New Trends in Health Social Media: Hype or Evidence-based Medicine” and participated in the poster session on “Ontologies, knowledge representation, data models “.

For Stefan Kropf the tutorials “openEHR” and “NLP” (natural language processing) were very informative. Especially the explanation on the Guideline Definition Language (GDL) will be relevant for his future research. The young researcher from the DPM group deals with the issue of clinical data models. The area of application of the GDL ranges from simple rules for calculating values to rule-based clinical decision support. The current aim is to store these decision-making aids in a global software directory and to make them available worldwide.

At the beginning of September 2013 the German Society for Medical Computer Science, Biometry and Epidemiology (GMDS) e.V. invites to the 58th annual meeting in Lübeck. The event is an important platform for Germany-wide developments and research activities that deal with the design of the future patient care. The ICCAS will be represented with presentations by Max Rockstroh and Matthäus Stöhr in the section of medical informatics. Furthermore Kerstin Denecke, Prof. Dr. Thomas Neumuth and Dr. Stefan Bohn will participate in the extensive programme.

Max Rockstroh is presenting in a workshop on the BMBF project “OR.NET” (Secure and dynamic networking in the operating room and clinic) his already in the JCARS (International Journal of Computer Assisted Radiology and Surgery) published concept of a “Surgical Recorder”. This is for recording intra-operative data. The presentation goes into the prototype and its application within the OR.NET – project.

Matthäus Stöhr is speaking in the session “Modeling of systems and processes” on the subject of “Modeling and support of decision-making regarding the treatment of laryngeal carcinoma in the head and neck tumor board”. The scientist explains the issue of the complexity of decision-making in oncology, especially for head and neck tumors. He will introduce recent research results to the development of decision support systems which facilitate the decision for a particular treatment and make therapy steps more comprehensible.

link to the event

As part of the ICCAS colloquium visiting scientist Frank Heckel from the Fraunhofer Institute for Medical Image Computing (MEVIS), Bremen gave a lecture at ICCAS. The Fraunhofer MEVIS develops interactive assistance systems for everyday work in a clinical environment. The focus is on medical image data that are used for early recognition, diagnosis, treatment planning, treatment support or success monitoring. Moreover Frank Heckel shortly presented his previous work at the Institute.

For the 27th time renowned scientists, engineers and physicians from around the world met on the Computer Assisted Radiology and Surgery (CARS) – congress to discuss pioneering innovations in medical informatics and system development for applications in surgery and radiology. For the ICCAS-scientists CARS means the forum of the year to present own research results to a wide audience of experts and to update their knowledge on worldwide research in the field of computer assisted surgery. Thus, also this year the ICCAS was strongly represented in various thematic sessions and workshops.

Prof. Dr. Thomas Neumuth, Max Rockstroh and Stefan Franke from the research field Model-based Automation and Integration presented on the topic: “A surgical workflow-driven information source management” the development of a software, which displays intraoperative information dependently from situation. This will reduce the workload of surgeons in the digital operating room. Jens Meier spoke about his research to improve the treatment process for cancer patients in the field of ENT by consolidating and visualizing therapy relevant information on a central database. Prof. Dr. med. Andreas Dietz gave a lecture on the topic: “Personalized medicine in the therapy planning unit: when and when not to opt for surgery.” Philipp Liebmann represented the research field Standards at the “Luncheon Symposium on The Digital Operating Room: Imaging, Models and Standards” with the lecture “IHE in Surgery” and chaired the DICOM Working Group 24 – Meeting. Prof. Dr. med. Jürgen Meixensberger was chairman of the session “Computer Assisted Neurosurgery”.

The topics, involving the networking of medical devices and information systems, acquire a growing part within the series of congress. The growth of internationality of the event increases the scope of the presented scientific achievements and progressive ideas.
[nggallery id=5]

On 17 June 2013 for the first time the WORKSHOP ON PROGRAMMING CYBER PHYSICAL SYSTEMS, organized by Eötvös Loránd University, Budapest, took place. Stefan Franke from the research group Model-based Automation and Integration (MAI) spoke in his presentation “The surgical workflow management for the digital operating room” about the research results at ICCAS, relating to the integration of medical devices and the modeling of surgical workflows.

Within the workshop an intensive exchange on the topics process modeling and intelligent man-machine interaction arose. New goals and work areas were identified between different disciplines. The discussions on main topics, such as surgical ontologies and process modeling, will be continued over a common communication platform.

Link to the event 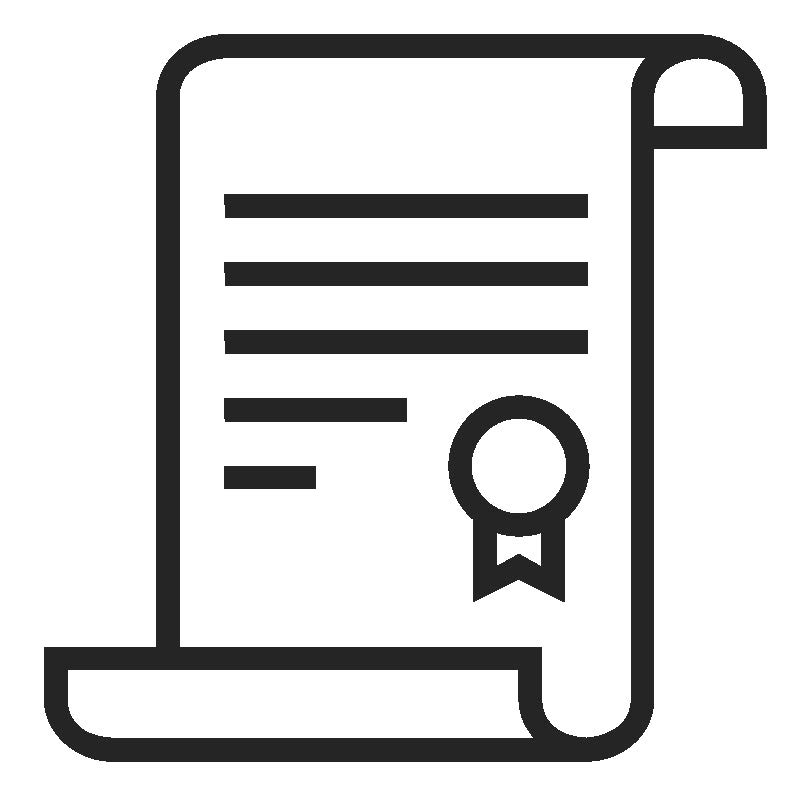 The leader of the research group Model-based Automation and Integration (MAI) will be awarded an honorary professorship in the field of Information Systems in Medical Technology.

Jens Meier from the research group MAI spent the merry month of May 2013 at the Annenberg Research Park in Los Angeles, USA, to promote the exchange of knowledge between the ICCAS and the Image Processing and Informatics Laboratory (IPILab). The research period contributed to a detailed overview of the research projects from both institutions and showed possibilities for future joint projects.

An important part of the research program was the detailed presentation and a live demonstration of the IT-system oncoflow, developed by Jens Meier at ICCAS and used at the Leipzig University Hospital since March 2013. This innovation received a great response from the local researchers.

The intensive discussions with the local scientists about their project work allowed a detailed insight into their research fields. Furthermore, ideas for concrete joint projects could arise. Thus, bringing together oncoflow and a decision support system from the IPILab is already at the planning stage. An integration of both systems would expand the information base and the possibilities for clinical assistance systems. Another collaborative project could contribute to the support of minimally invasive spinal surgery in neurosurgery.

The research period is an important milestone towards a closer cooperation between the ICCAS and the IPILabs in future, especially, because the research topics of both centers complement each other very well.
[nggallery id=6]