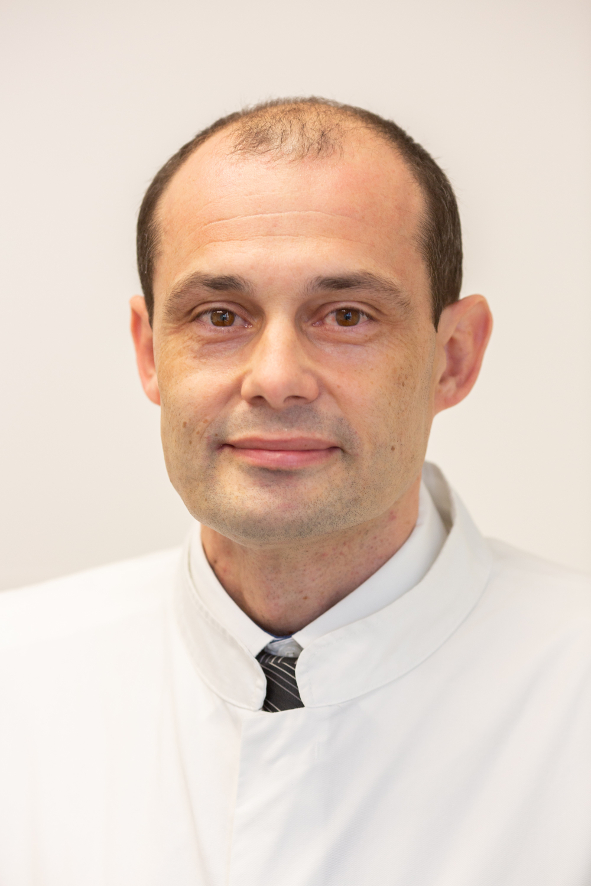 Dirk Halama studied Human Medicine at the University of Leipzig and Dental Medicine at the Universities of Leipzig and Berlin. Between 2001 and 2006 he was a resident at the Department of Cardiac Surgery in Coswig and at the Department of Cranio Maxillofacial Surgery in Leipzig. In 2006 he became a specialist in CMF Surgery. He received his Ph.D. in 2008. Since 2009 he is a senior consultant of CMF Surgery at the Department of CMF Surgery at Leipzig University Hospital. His clinical focus is on plastic and reconstructive head and neck surgery, his scientific focus is on clinical trials in CMF surgery, intraoperative imaging and the development of algorithms for thermography.